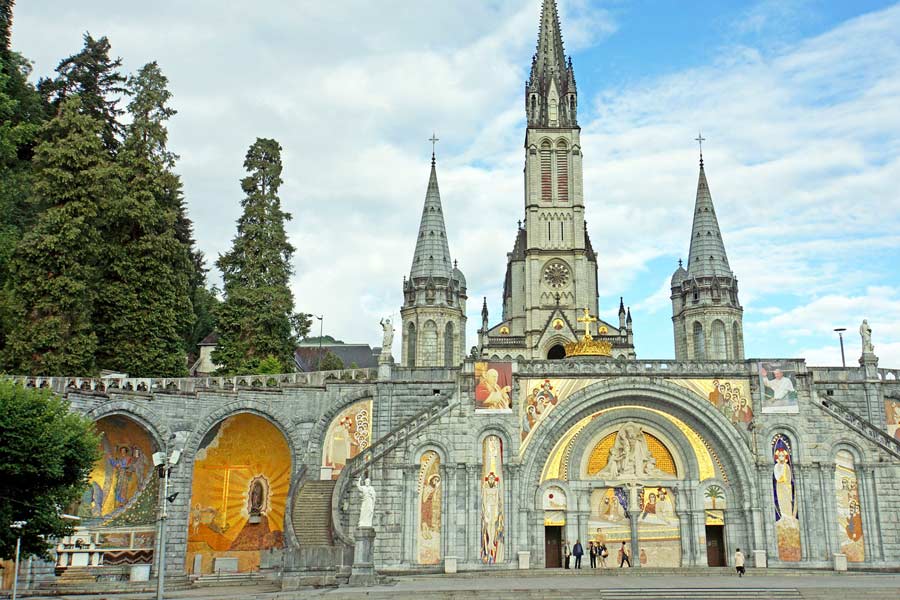 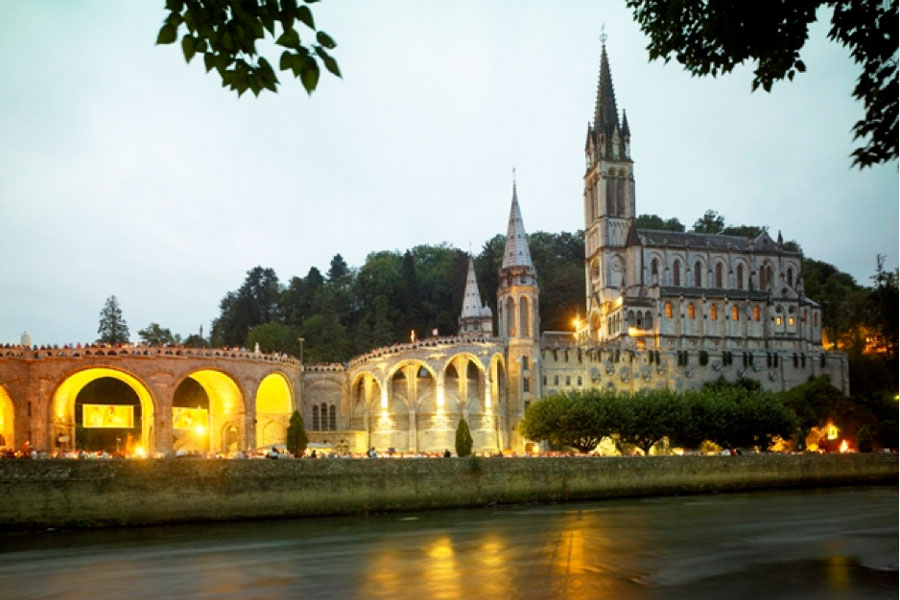 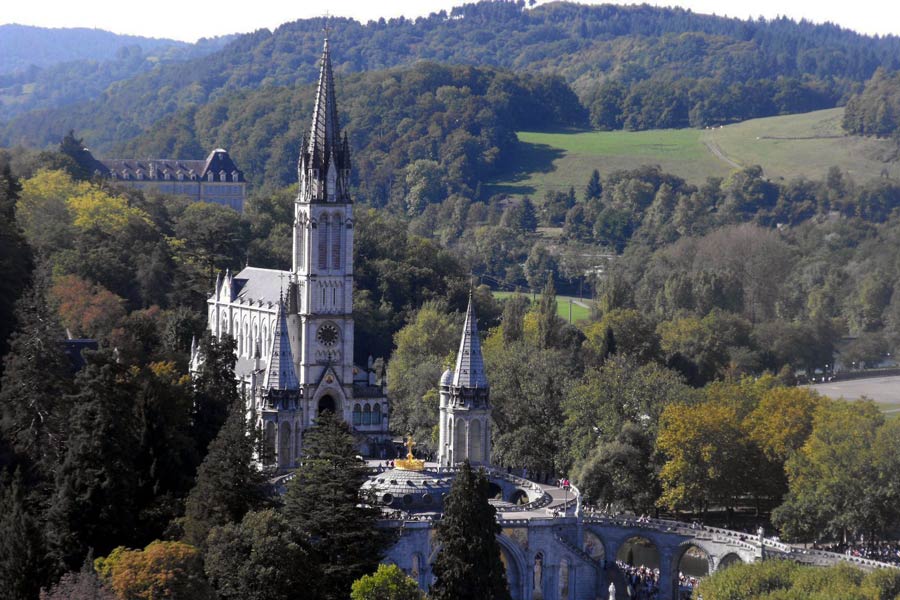 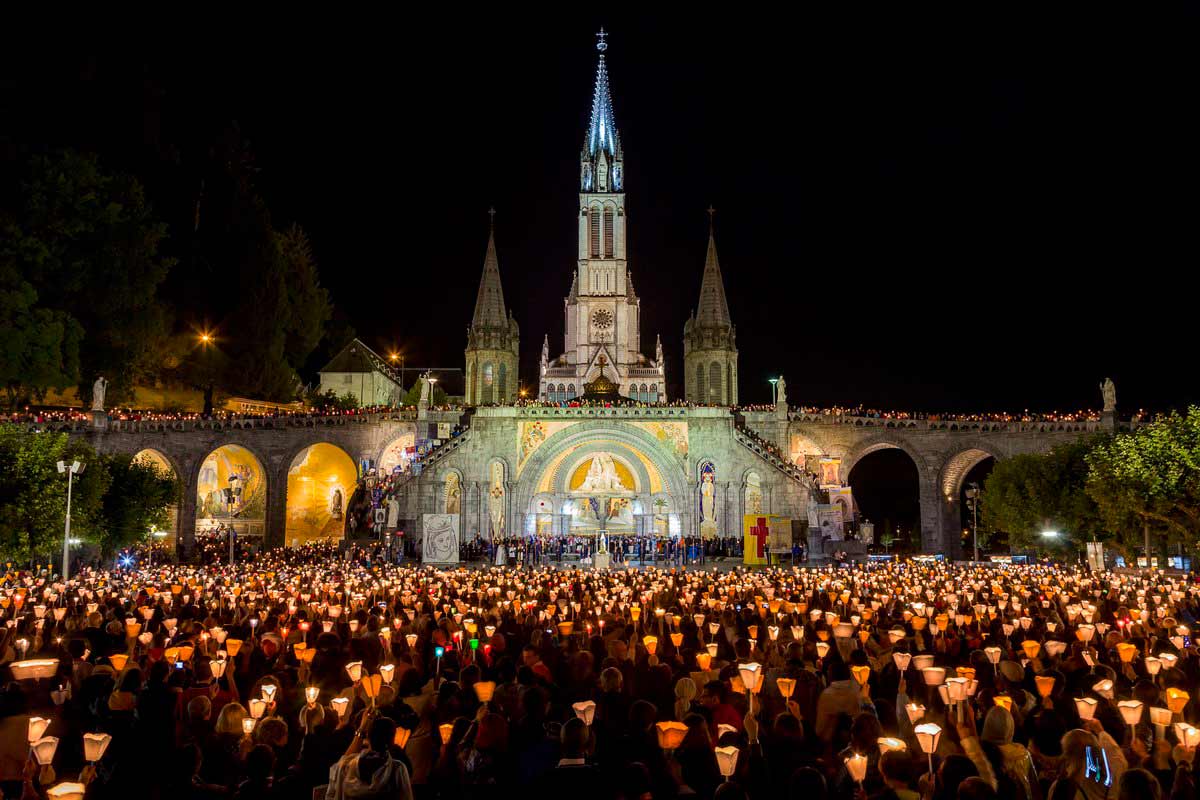 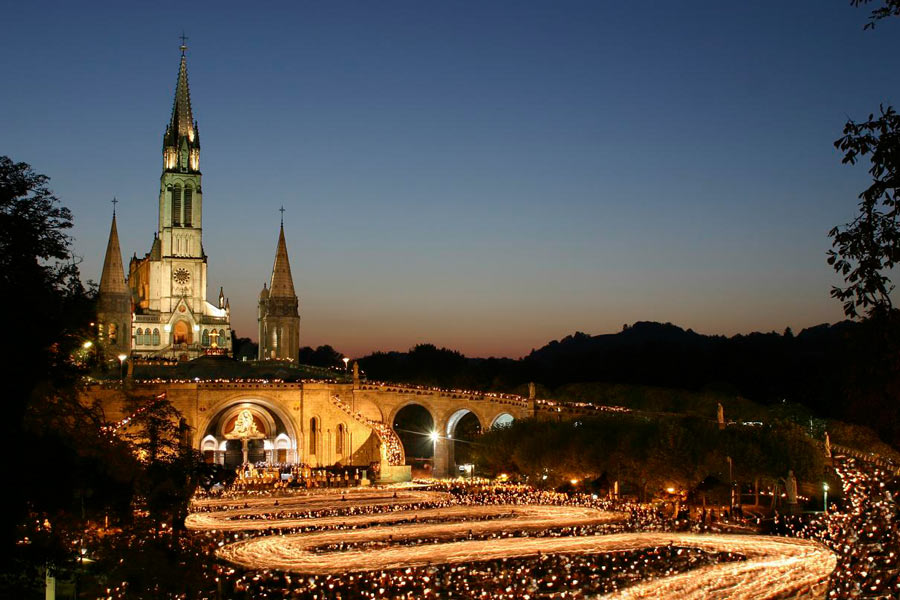 Main places of interest for pilgrims and visitors to the Sanctuaries :

Lourdes and its history.

The city is situated in the south-west part of the département of Hautes-Pyrenees,  with the high Pyrenean chain looming up behind in its south, and minor summits like Béout, Grand Jer, and Pibeste in its neighbourhood. The river Gave flows across the city, coming from the valleys of Gavarnie, and past the Grotto of Massabielle.

When the Apparitions started Lourdes was but a modest county town numbering 4135 inhabitants. The city was then a stopping-off place for travellers on their way to take the waters in  spa resorts such as  Argelès-Gazost, Bareges, Cauterets, Luz-Saint-Sauveur, Bagnères-de-Bigorre.

From 1858, when Bernadette Soubirous had the visions of the Virgin Mary, Lourdes developped into the most important Roman Catholic pilgrimage centre in France, with pilgrims coming from all over the world. Out of thousands of miracles commonly believed to have taken place, only 66 were authenticated by Rome.

Perched on its rock, overlooking the city, this impressive fortress is classified as a Historic Heritage Building.
Erected in the early medieval times, it now houses the Musée Pyrénéen. A major place to discover all about the mountain traditions and folklore, and also a detailed history of the city and its castle.
Magnificent view onto the city, the Sanctuaries and the mountains

The lake of Lourdes

Only a few minutes away from the city centre – to eventually find yourself into a “canadian” postcard ! A very peaceful landscape indeed.
Among various activities, you may fancy :

All the pleasures of the beach with a magnificent view on the Pyrenean Mountains  !

An outstanding spot offering panoramic views on Lourdes and the Pyrenees. If climbing up a relatively easy footpath doesn’t appeal you may use the charming hundred-year-old funicular to the top 1000m high.
An interesting botanical trail takes the visitor round the summit. 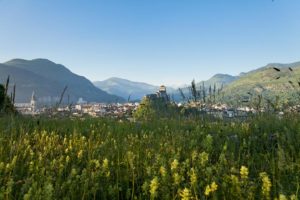 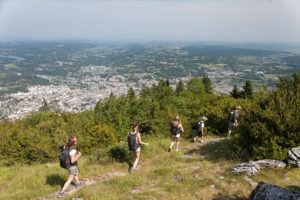 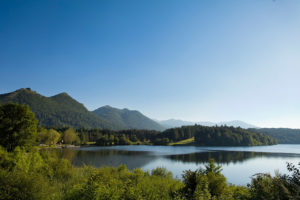 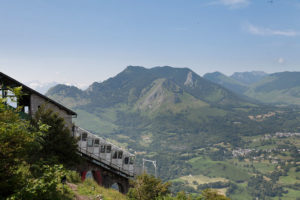 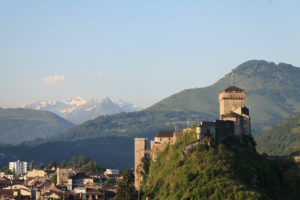 For any further information about Lourdes and around, ask the Office du tourisme in Lourdes